Since the creation of the the school thrift program in October 2012, Clendon Mason Secondary School has held an annual sensitization workshop as part of a series of activities organised in preparation for joining the nation in celebrating Credit Union Day. This year marks the fourth installment of the initiative.

Photos of the students who participated in the workshop along with the facilitators, shall be uploaded shortly. 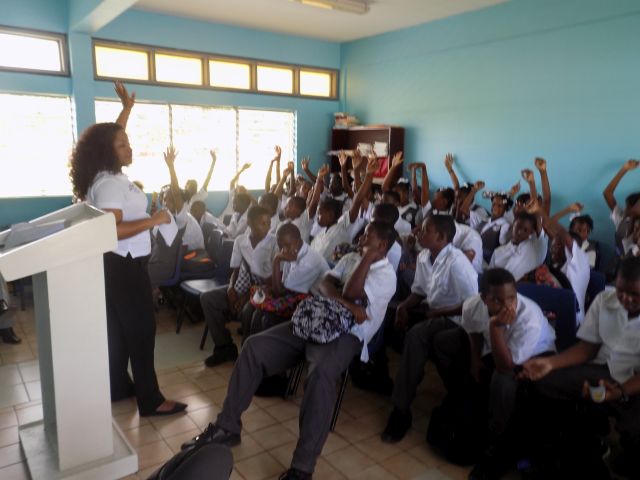 Mrs George and her enthusiastic audience